From breakfast cereal to vegetables, US health officials are warning people to avoid some foods after this month’s outbreak of unrelated intestinal infections, including salmonella.

Here are the foods to stay away from:

Federal health officials want you to toss out all boxes of Kellogg’s Honey Smacks after a salmonella outbreak sickened 73 people across 31 states. 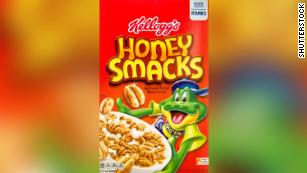 Salmonella outbreak in 31 states is linked to Kellogg’s Honey Smacks cereal, CDC says
“The FDA is advising consumers to not eat any Kellogg’s Honey Smacks cereal … regardless of size or ‘best if used by’ dates,” it said Friday.
Twenty-four people have been hospitalized. No deaths have been reported. New York has the highest number of cases — seven — while California, Massachusetts and Pennsylvania have each reported five cases. Other states involved have reported between one and four case of illnesses.
Salmonella symptoms include fever, diarrhea and abdominal pain that begins 12 to 72 hours after exposure to the bacteria.

Vegetable trays
Some vegetables are not safe, either.

The Food and Drug Administration say it’s investigating at least 78 cases of cyclospora illnesses linked to recalled Del Monte vegetable trays. The trays contained broccoli, cauliflower, carrots and dill dip, and were sold in Iowa, Minnesota and Wisconsin.
In addition, Del Monte is recalling small veggie trays that include broccoli, cauliflower, carrots, celery and dill dip distributed in Illinois and Indiana, the FDA said in a statement. 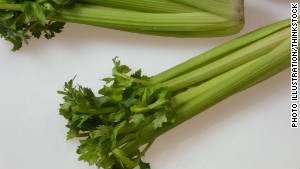 The veggie trays affected include celery.
Cyclospora cayetanensis is a microscopic parasite that contaminates food or water, and when ingested, causes an intestinal illness. Symptoms include diarrhea, with sometimes explosive bowel movements, loss of appetite, weight loss, stomach cramps, bloating, nausea and fatigue.

Cut melons
Put down the fork and step away from cut melons or fruit salad mixes that contain the fruit.

The Food and Drug Administration is warning people in 23 states that the fruit may be contaminated with salmonella. 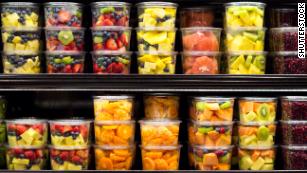