Note: Nelson Bryan & Cross is currently taking accepting clients for these cases.  Please call our office to speak with an attorney if you have any questions regarding the potential dangers associated with using this product.

Monsanto was ordered to pay $289 million after they were found liable in a lawsuit by a school groundskeeper who was diagnosed with non-Hodgkin lymphoma after using weed killer product Roundup at his job. Wochit

SAN FRANCISCO — A jury ordered chemical giant Monsanto to pay $289 million Friday to a school groundskeeper who got terminal cancer after using Roundup, one of the world’s most popular weed killers.

The Superior Court jury deliberated for two and a half days before finding that Dewayne Johnson’s non-Hodgkin lymphoma was at least partly due to using glyphosate, the primary ingredient in Roundup. Johnson regularly used glyphosate to spray fields while working as a groundskeeper.

Monsanto “acted with malice, oppression or fraud and should be punished for its conduct,” Judge Suzanne Ramos Bolanos announced in court.

Scott Partridge, Monsanto’s vice president, said in a statement that the company will appeal the decision. 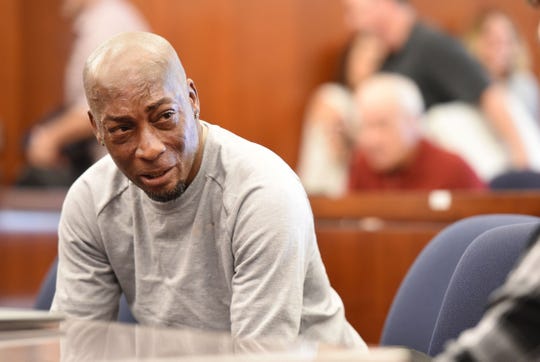 Plaintiff Dewayne Johnson reacts after hearing the verdict to his case against Monsanto at the Superior Court Of California in San Francisco, on Aug. 10, 2018. The jury ordered agrochemical giant Monsanto to pay nearly $290 million for failing to warn the dying groundskeeper that its weed killer Roundup might cause cancer. (Photo: AFP/Getty Images

‘We are sympathetic to Mr. Johnson and his family,” Partridge said. But he added that the court decision “does not change the fact that more than 800 scientific studies and reviews . . . support the fact that glyphosate does not cause cancer, and did not cause Mr Johnson’s cancer.”

He said Monsanto will “continue to vigorously defend this product, which has a 40-year history of safe use and continues to be a vital, effective, and safe tool for farmers and others.”

Hundreds of lawsuits claiming Roundup causes cancer have been given the green light to proceed to trial, despite Monsanto claims that there is no connection between glyphosate and cancer.

Johnson’s doctors testified he is unlikely to live past 2020. The 46-year-old Bay-area resident worked for a California county school system and applied the weed killer up to 30 times per year as part of his pest-control responsibilities. During that time, he mixed and sprayed hundreds of gallons of the chemical.

“Today the jury confirmed what we have known since our investigation began — that Monsanto knew Roundup contained cancer-causing ingredients and failed to take this product off the shelf and protect consumers. The company chose corporate profit and greed above humanity,” said Micah Dortch of the Potts Law Firm in Dallas. Although not involved in the just-concluded trial, the firm represents more than 100 clients currently with similar claims.

In the past, Monsanto sued California’s Office of Environmental Health Hazard Assessment for adding glyphosate to a list of cancer causing chemicals, and lost.

There is conflicted evidence linking glyphosate and cancer.

The U.S. Environmental Protection Agency has gone back and forth on considering glyphosate a possible carcinogen. In a review of the chemical last year, it concluded glyphosate is likely not a carcinogen. But, the World Health Organization has classified glyphosate as “probably carcinogenic.”

“Monsanto made Roundup the oxycontin of pesticides and now the addiction and damage they caused have come home to roost,” said Ken Cook, President of the Environmental Working Group, a U.S. environmental organization that researches toxic chemicals and advocates for corporate accountability. “This won’t cure DeWayne Lee Johnson’s cancer, but it will send a strong message to a renegade company.”

Johnson was awarded a total of about $39 million in past and future losses, both economic and noneconomic, but it was the $250 million in punitive damages that seemed to take the courtroom’s breath away, as a sigh was heard on a video recording when Bolanos made the announcement.

Dressed casually, Johnson had a brief exchange with his lawyer when that figure was revealed, then bowed his head as another one of his lawyers patted him on the back and whispered to him.

After the jury was polled and released from its duties, Johnson exchanged hugs and received congratulations from members of his legal team while displaying a thin smile. He later made a call on his cellphone. 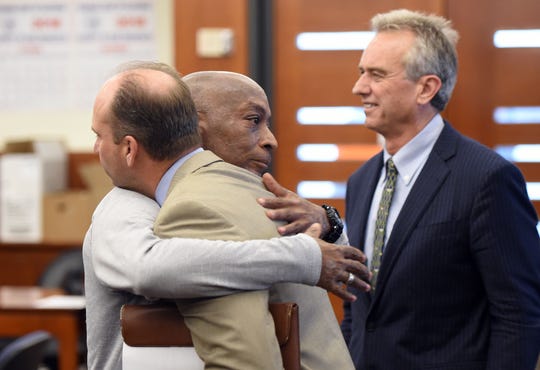 Dewayne Johnson hugs one of his attorneys after the verdict was read in the case against Monsanto at the Superior Court Of California in San Francisco. Robert F. Kennedy Jr. a member of Johnson’s legal team is seen at right. (Photo: AFP/Getty Images)

In announcing the verdict, Bolanos read a list of questions the jury was presented regarding the safety of Roundup and whether its users could foresee any risks associated with it.

“Did Monsanto know or should reasonably have known that users would not realize the danger?”

“Did Monsanto fail to adequately warn of the danger?”

“Was Monsanto’s failure to warn a substantial factor in causing harm to Johnson?”

To each of those questions, the jury’s response was, “Yes.’’

By nelsonbryancross | Published October 22, 2018 | Posted in Product Liability, Verdicts and Settlements | Comments Off on Jury orders Monsanto to pay $289 million to cancer patient in Roundup lawsuit